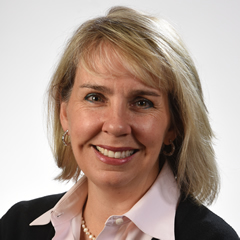 Kate Robinson, Principal, is an active lobbyist who believes that her clients are the experts in their field.  She works to forge ongoing communication and strong relationships between clients and policy makers so that they can make well informed decisions, and better serve our state and its residents.

After serving as the Clerk of the Planning and Development Committee and running two state-house campaigns, Kate went to work for Betty Gallo & Company in 2000.  Since then, she has worked on dozens of pro-active proposals relating to public health, education, energy security and affordable housing including, but not limited to, CPR in schools, increasing access to Narcan, monitoring access to mental health treatment for people with private insurance, establishing funding for year-round energy assistance, increasing and preserving funds for affordable housing options and housing stability for people facing homelessness, restoration of voting rights for people who have served their sentences in the criminal justice system, and assuring that tenants in public housing can elect the Tenant Commissioner on the Housing Authority if they choose to.

She has also worked as part of the lobbying team that passed paid family medical leave, increased the sales age of tobacco and vaping products to 21, significant gun safety legislation, marriage for same-sex couples, and abolished the death penalty in Connecticut.   She has been actively organizing and presenting at the Connecticut Lobbying Conference since 2007.

Kate became a named partner of Gallo & Robinson in 2014, and Principal of the firm in 2018. She lives in West Hartford with her husband and two sons. 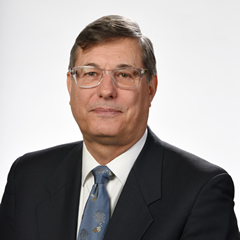 Joe Grabarz served as Chief of Staff for the City of Bridgeport from 1985 to 1988 and then as a State Representative from Bridgeport from 1988-1992 where he was one of the first openly gay State elected officials in the country and the first in Connecticut. As a legislator on the Public Health Committee, member of Act Up and other organizations Joe was instrumental in the fight against HIV pioneering legislation on needle exchange and HIV insurance coverage. He has participated in several world conferences advocating for HIV treatment and a cure. He was appointed to the first Housing Committee of the legislature and was a strong advocate for better state housing policies.

He lobbied numerous city and state legislatures across the country and the US Congress and the Federal Executive branch as Legislative and Policy Director for the Human Rights Campaign Fund and was the first person officially invited to the White House as an openly gay person in the history of the country. He was the Field Director of the national Health Care Reform Project and other reform entities in Washington DC, working very closely with US Senate leaders and the White House during the push for health reform during the Clinton Administration.

He joined Gallo & Robinson, LLC (formerly Betty Gallo & Co.) as a lobbyist for the 2007 Legislative Session. In addition to advocating before numerous state legislatures for a variety of civil rights and health issues.

Joe is a beekeeper who is very concerned about pollinator health and is an advocate for urban beekeeping. He is a glassblower certified by one of the oldest glassblowing furnaces of Murano, Venice Italy. 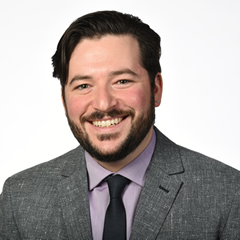 Brian Coughlin joined Gallo & Robinson in January of 2015. He has worked on a variety of significant pieces of legislation including the safe storage of firearms, a prohibition of bump stocks and ghost guns, new trials for the wrongfully convicted, prosecutorial transparency, and funding for health and human services programs. Brian helped lead the lobbying effort behind the successful passage of Connecticut’s paid family and medical leave program, the strongest in the country at the time of its passage.

Prior, he worked on many municipal, state, and federal electoral campaigns. Most recently, he served as the Campaign Manager for US Congressman Joe Courtney. In 2018, he was named Connecticut Young Democrat of the Year. Previously, Brian was the communications manager for the Connecticut Technology Council, where he, as always, hyped his home state to anyone who will listen.

A UConn graduate, Brian earned a BA in History and Literature. He currently lives in the Frog Hollow neighborhood of Hartford with his partner Madeline and their Siamese cats. 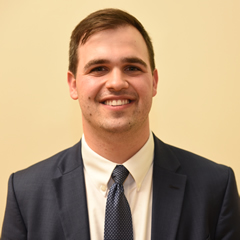 Bill Welz joined Gallo & Robinson in 2018, after six years serving the Office of Governor Dannel P. Malloy. During that time, he served in a variety of positions, starting as the Executive Aide to the General Counsel, moving up to Senior Associate for Policy and Government Affairs and finally to Director of Policy. With his significant experience navigating the legislative process, he became a problem solver for the administration. He guided gubernatorial appointees through the confirmation process, moved the governor's priorities through the legislature and advised state agencies on policy positions and relations with the legislature.

Bill has been involved with legislation including (but not limited to) pay equity, ban the box, fairness to sexual assault victims, title protection for social workers, nursing home staffing ratios, prosecutorial transparency, and safe storage of firearms. He also has been a successful advocate for increased funding for magnet schools and the American School for the Deaf.

His dedication to the political process is deeply rooted in the Quiet Corner where he proudly served on both of Governor Malloy's campaigns and as Field Director for Congressman Joe Courtney's re-election in 2012. He currently serves as a member of the Judicial Selection Commission as 2nd Congressional District appointee of the Governor.

Bill is a graduate of Eastern Connecticut State University and currently resides in Willington with his wife, Allison, his daughter, Eliza, his son, Grant, and his four-legged friend, Jax. 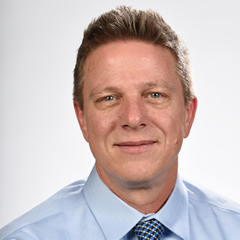 Don Branson joined Gallo & Robinson, LLC (formerly Betty Gallo & Co.) in 2003 and is the Director of IT Services.  Don holds a Masters degree in Sociology from Minnesota State University-Mankato and has more than 20-years of experience working in a wide variety of roles in Information Technology.  He works with client organizations to help them effectively utilize information technology to meet their goals. This includes managing the grassroots contacts databases and on-line legislative action centers as well as being the systems administrator for a variety of offices, consulting on website design and development, and technology planning for organizations.

Don's other experiences include serving in the United States Marine Corps, teaching Sociology courses on Social Problems, Deviant Behavior, and Political Sociology as a Lecturer in the Department of Sociology at the University of Connecticut, and working as a skydiving coach and certified parachute rigger.  He currently lives in Massachusetts with his wife and daughter. 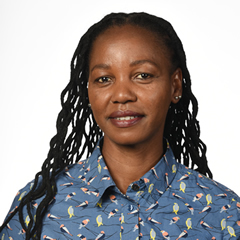 Greater Mutsikwi’ Houle started working as the Office Manager for Gallo & Robinson, LLC (formerly Betty Gallo & Co.) in June 2004. Prior to that she worked as the building receptionist for the Lyceum. She also worked as a Legislative Assistant for the House Democrats in early 2004. Greater was born and raised in Zimbabwe and she holds a degree from the University of Hartford in Communications and English. 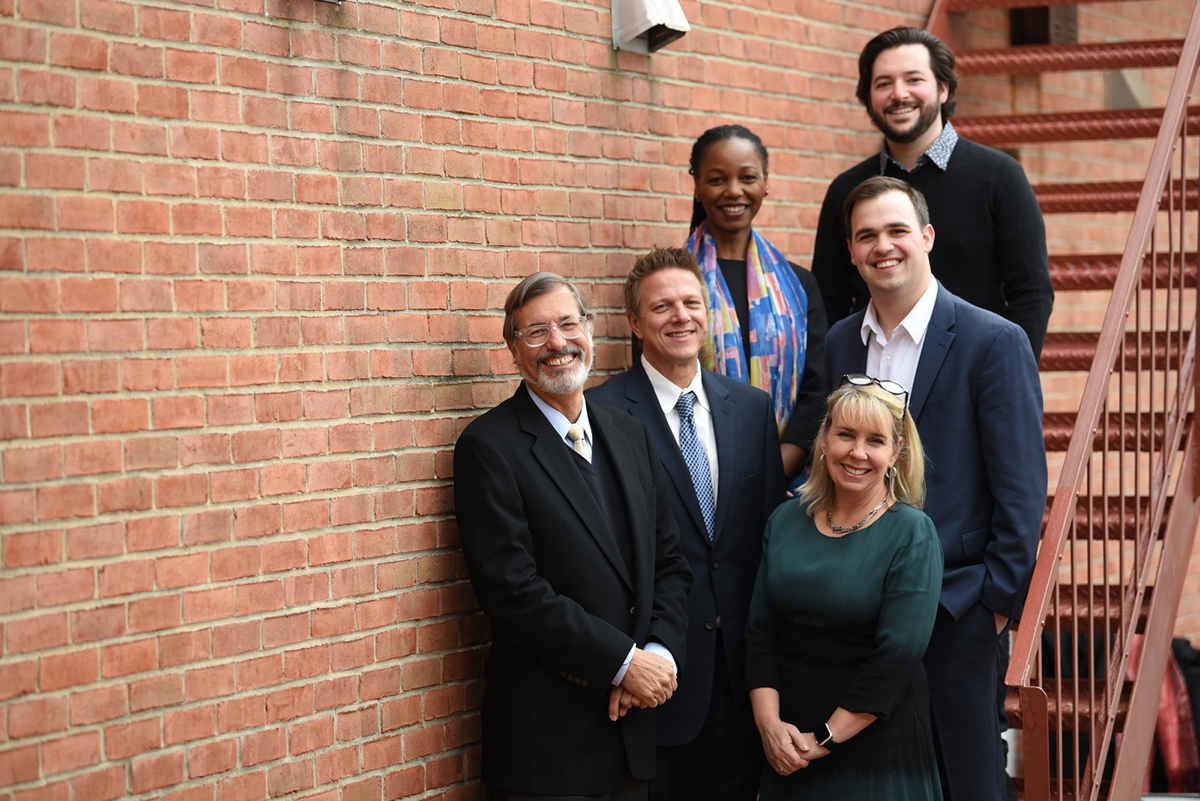 Together, we bring more then 60 years of experience to our work. We have all built good working relationships with legislators in positions of influence from both parties. We believe strongly that it is important for us to be at the Capitol full-time. When the legislators are there, we are there.

The offices of Gallo & Robinson, LLC are at The Lyceum, 227 Lawrence Street, Hartford, Connecticut 06106. PDF with directions and map is available here. 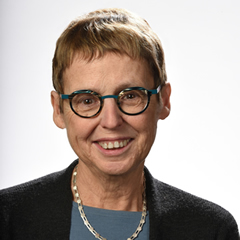 Betty Gallo started her own government relations and lobbying firm Betty Gallo & Co. in 1981. The name was changed June 1, 2014 to Gallo & Robinson, LLC. when Kate Robinson was named a Partner.  The firm represented 42 clients during the 2018 General Assembly session including Connecticut Against Gun Violence, the American School for the Deaf, the American Association of University Professors – Connecticut State University Chapter, Legal Services, the Partnership for Strong Communities and the Connecticut chapter of the American Civil Liberties Union.  Ms. Gallo lobbied the Connecticut General Assembly for 41 years.